Kenyan politics is like a game of chess – The Standard 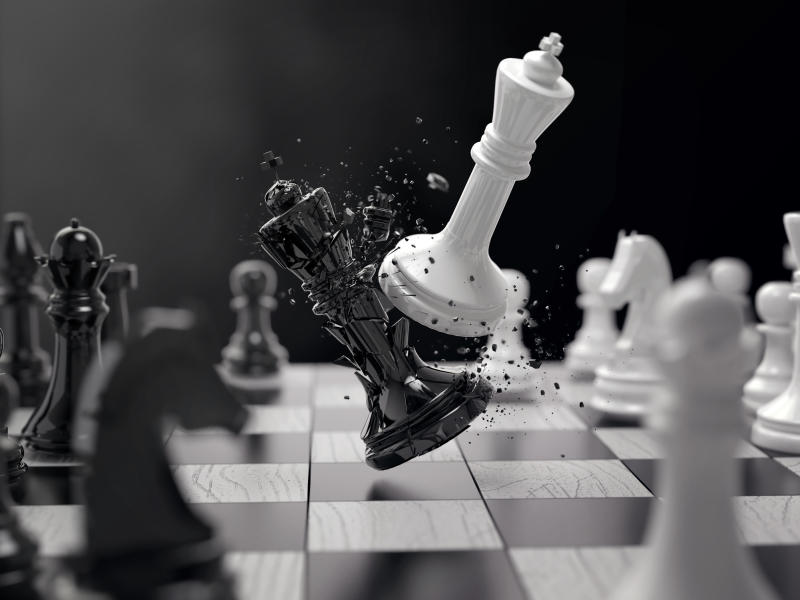 Generally, politics is like a game, more so in Kenya.
Our politics resembles a good game of chess. It is now more than ever clear that the run-up to the 2022 presidential election is about two horses. Deputy President William Ruto and former Prime Minister Raila Odinga are the two horses. All the other candidates are now relegated to the donkey category. But even these donkeys are likely to play a key role in determining who among the two horses will eventually win. From the look of things, the election appears to be a tight race. The marathon part of the race has started already but what matters is the final sprint.

Like any election, there are various actors on the stage. The terminologies used on the chessboard can easily be juxtaposed with the Kenyan political actors. Like the chess game, there are queens, kings, knights, bishops, rooks and pawns. Of course, the pawns are the wananchi or citizens who have some role but not the most important one. This is so true because we always hear it is not the voter but the one who counts the votes that matter. The pawns or the citizens, in this case, can only make limited moves and are most vulnerable to the other stronger actors in the arena. They are often sacrificed to checkmate the other key principals.
Looking at the two sides of the political divide, we can now look at who are the key players. On the Azimio front, the king is Mr Odinga. He is the ultimate prize. President Uhuru Kenyatta has taken the role of the queen. Even though he is not the ultimate prize, he is the most important factor in determining the win on the Azimio side. He has the State power, money, and influence within certain quarters of Kenya’s political spectrum. He can mobilise and cajole the pawns in the process in favour of the king. The bishops on Mr Odinga’s side are the likes of Mombasa Governor Hassan Joho and other governors. The rooks are the vocal MPs like Junet Mohamed and Babu Owino. They easily jump and scratch the opponents with a stealth attack.

The dynamics on the Kenya Kwanza front are not any different. Dr Ruto is the king. On this side, he doubles up as the queen because he does not have the equivalent of President Kenyatta on his side. But he equally has very strong allies like Mr Musalia Mudavadi and Mr Moses Wetang’ula. In this game, the Kenya Kwanza coalition appears to command slightly higher numbers of pawns but as already suggested above, the pawns have limited ability to determine the outcome unless the key players use them properly.
The important lesson to be drawn from the imagery used is that the pawns need to understand that they are simply foot soldiers and not the ultimate prize. Once the game is over, pawns are often forgotten. Sometimes the wananchi continue arguing about who is better between the two horses or kings. And sometimes they fight and kill each other. But just like the game of chess, the kings don’t kill each other. They just say, checkmate, meaning they plan to fight again another day. There is a lesson to learn here. Elections will come and go but the people shall remain neighbours and relatives. The politicians will also shake hands and sit together to share the spoils.
The writer is CEO, Frontier Counties Development Council.

How ICC probe waded through web of witnesses, State intrusion

ICC was told how investigations into the Kenyan cases were done amid fear of State interference and credibility of witnesses.

Why Ruto’s US and UK debut was an international debacle

Tell-tale signs that the DP’s international debut would end disastrously were clear from the onset.

5 Steps to Creating a Change Management Plan – The Motley Fool

Ignore at your peril: How Africa's AI and startup scene is getting ready to change the world – The Media Online

5 Steps to Creating a Change Management Plan – The Motley Fool

Ignore at your peril: How Africa's AI and startup scene is getting ready to change the world – The Media Online

The Reader’s Digest: An invaluable source of knowledge for millions – Business Daily